The fate of Kerala model 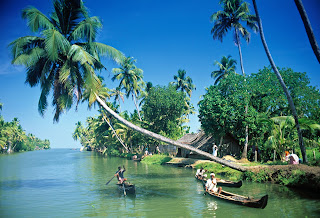 The much-touted Kerala model of development has its own drawbacks as it takes into account only limited variables. Kerala, according to the National Crime Records Bureau, has a higher crime rate than the national average.
While the state has succeeded in attaining good and equitable coverage of education, it is lagging behind when it comes to higher education.
In terms of health too, there is a paradox.While the state ranks high in terms of health coverage, it also ranks high in the number of suicides and attempted suicides. This must be considered against the backdrop of the World Health Organisation’s definition that health is a state of complete physical, mental and social well-being
Another contradiction is in the area of gender justice.Despite a highly favourable sex ratio, the crime rate against women in Kerala is also higher than the national average.
Factors like ‘ecocide’ (destruction of ecological resources) and ‘democide’ (killing of civilians through organised groups/ quotation mafia) also prevent Kerala from calling itself a ‘developed’ state.
While there has been upward mobility for all sections of society, we also find that income disparity between the highest and lowest strata has increased, with the highest group earning at least 11 times than the lowest.
Political confusions
The domination of political fronts  in the state is not based on any developmental politics, but on an emphasis to keep certain vote banks with them. When there are vote banks based on sectarian appeal, one does not have to relay much on performance. Kerala should have been one of the most prosperous states in the country considering the assets it has, the economic model it developed was  not a developmental model. Kerala is among the few states to face revenue deficit though not geographically disadvantaged. Kerala should make use of the manpower resources in the state itself rather than exporting it. The state should concentrate on development projects in areas like coastline based projects, tourism and plantation.
Kerala leads only in social index but lacks in economic prosperity.

In comparison with Tamil Nadu

Tamilnadu is one of the most industrialized states in India. Almost 50% of the population live in urban areas. Tamilnadu has Chennai (IT and Automobile), Coimbatore (makes most of motors in India), Tiruppur (makes most of the textile in India), Sivakasi (South asian hub for fireworks), Salem (Steel), Hosur (most of the production houses of Bangalore are stationed here for tax reasons), Neyveli (coal), Madurai (Madura coats, TVS, Fenner), Trichy (Bhel) are the examples. There are places like Ooty, Kodaikanal, Tirunelveli, Kanyakumari, Tuticorin, with religious and historical tourism spots. All these places make money and local jobs. Also Tamilnadu has the highest density of educational institutions in India (more than 200 engineering colleges - representing the 30% of engineering institutions of the country) that means employable population is always high and are sought for in other places.
Tamilnadu has a very unique work culture which is well respected all over the world, that is why even colonial powers like the British lured Tamils in all their colonies for agriculture and other jobs.
Tamilnadu has stood in either second or third place after Maharastra and Haryana or Punjab in economic prosperity .
Tamilnadu had stood at 2nd place after Kerala in social index . Tamilnadu leads in sanitation and hospital infrastructure to Kerala. Kerala is known to have more high school pass outs  and  high literacy rate. But Tamilnadu makes more doctors and engineers. Highest density of auditors in India is in Chennai.
Tamil Nadu’s capacity for innovation and creative thinking in matters of public administration is an  example for the entire country.
Tamilnadu's development is a collective development. If there are other states economically properous like Tamilnadu , they have very bad social index .
"Employable graduates" are not equal to just "graduates" : Tamilnadu makes more employable graduates in India. This is  why you are seeing more Tamils in jobs in other states . Indian companies know this and have confirmed this view in many places.
A time to have different view:
Anything and everything proposed by the ruling party , no matter how good it is, is strongly opposed by the other parties. And, next time when the opposing parties win the election, they will propose the same things under a different name which will again be strongly opposed by other parties. Any issues in the state will directly lead to 'Chief Minister should resign' protests.
Kerala is a struggling economy, almost entirely dependent on tourism and remittances sent back by two million of its people who live and work abroad, mostly in the Middle East.
Joblessness is rife due to the lack of a robust manufacturing base .
More people here are taking their lives more  than anywhere else in India. Alcoholism is a dire social problem - the state has India's highest per capita alcohol consumption.

Posted by Right Investment Solutions at 12:10 AM