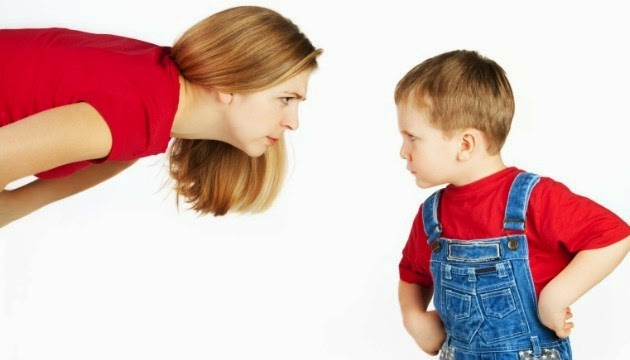 Much like your children, the markets will behave erratically. But the last thing you should do is lose your patience

There are only three things you need to be a good parent - patience, patience, patience. What about love, affection, attention and other such things, you'd ask. Sure, that's important as well. But while those things, in most cases, come naturally, patience is something that needs to be cultivated. The lack of patience leads to stress. Stress leads to frustration. Frustration leads to anger. And anger leads to bad parenting.
Parenting and investing are both long-term processes. The immediate effects of any decision that you take are rarely satisfying, but the long-term results can be rewarding if you have the patience. Ironically, you need to be patient to cultivate patience. And that is not easy. The markets, much like your children, will behave erratically. They'll do things that are out of your control. The more you try to be patient with them, investments as well as children, the more they'll make you lose your patience. It's a vicious circle.
But there's no way around it. If you lose your patience, you lose the chance of enjoying the fruits of your efforts. The market is at some kind of a new high as on now, with the Sensex hovering around 29k. A couple of weeks back, it had crashed by 800-odd points in a single day. Somewhat similarly, a 4-year-old child behaves like an angel on some days but on other days, he won't eat his food properly, will throw around his toys when there are guests over or just be unrelentingly stubborn about something he wants. Such instances are when parents easily lose their patience. But scolding or smacking the kid is hardly the solution. Just the way stopping your SIPs when the markets fall or investing a lump sum when the markets are high is not the way to go about with your investments.
These are decisions that are taken under the influence of impatience. They're almost guaranteed to fail. We know a child isn't going to become the best-behaved one in the world if we scold him, but he might listen if we calmly keep telling him why he should or shouldn't do certain things. The markets, on the other hand, are never going to listen to what anyone has to say. They have a mind of their own, which makes it even more futile to lose your patience with them. Just stick to your investment plan and you'll be set to meet your goals and objectives. The market's misbehavior won't matter in the long run, but any decision you take after losing your patience will.
Posted by Right Investment Solutions at 2:21 AM No comments: 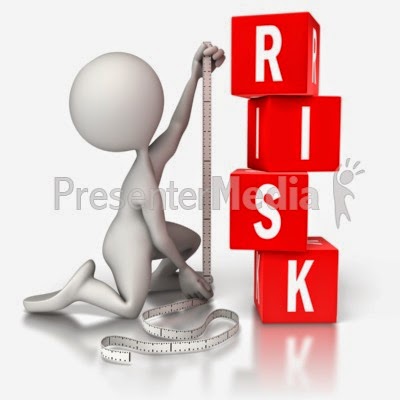 Multi-cap funds, as per our classification, are funds with a large-cap exposure of 40 to 60 per cent over the last three years. These are flexible, go-anywhere funds which hold a blend of large-cap, mid-cap and small stocks in their portfolio at all times. These funds have higher risk associated with them, compared to pure large-cap funds as the fund management is dynamic and the portfolio composition may keep changing as the market shifts direction.
They form part of our stable growth category because such funds have the leeway to change their orientation depending on market conditions. If markets are in a bullish phase or the earnings cycle is in an uptrend, they can increase the allocation to mid and small-cap stocks. They can also prune such exposure when the markets turn unfavourable. Such a shift helps to reduce the downside as compared to mid- and small-cap funds. This category has the lowest number of funds within open-end diversified funds, with only 32 funds in this category. They account for 11 per cent of the total assets under management of open-ended diversified funds and have generated an annualised ten-year average return of 18.83 per cent.
As markets will always remain prone to volatility, it is good for investors to hold these funds as they have the freedom to invest in any stock irrespective of theme, sector or size.
Posted by Right Investment Solutions at 1:48 AM No comments: 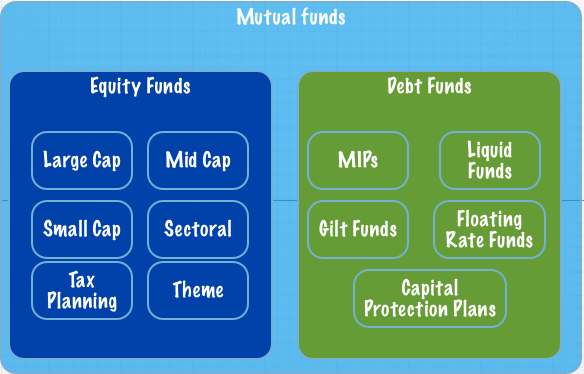 It takes less effort, less time, less experience and less specialised knowledge to get good returns from equity mutual funds than it does from directly trading in equities

There are several benefits of investing through mutual funds instead of directly investing in stocks. Mutual funds combine the savings of a large number of investors and manage it as a single pool of money. So, instead of investors worrying about which stock or bond to invest in, professional fund managers do the job.
Equities are complex and stocks you can buy come in a bewildering array of sectors, industries, size, financial structure, promoter track record, competitive scenarios and a lot more. When you invest in a fund from a good fund house, there is a full-fledged research department to keep tabs on all this; and there's an experienced full-time fund manager who has years --often decades -- of track record of making equity investments. Moreover, his track record is publicly known and thoroughly analysed by researchers.
Compared to directly picking stocks, mutual funds are a more suitable route for a lot of people. It simply takes less effort, less time, less experience and less specialised knowledge to get good returns from equity mutual funds than it does from directly trading in equities.
Diversification -- the most crucial aspect of investing -- is much easier to practice for a fund investor. This is true of all kinds of diversification, including sectoral and of asset type. Many fixed income asset types like bonds are simply not available to individual investors.
Besides time, money and diversification, there are other advantages too. Generally, mutual funds are more tax efficient. They are certainly a lot more convenient. Extremely beneficial methods like systematic investing (SIPs) are very hard to implement for equities but simple for funds.
There's a more complicated psychological problem with directly picking stocks. Basically, what we've said here is that if you are skilled enough, then you can do it. However, equity investors are by nature optimistic and that makes them overestimate their own skills. That's often an expensive mistake.

Posted by Right Investment Solutions at 1:36 AM No comments:

No risk, No gain.

The impact of inflation on savings. 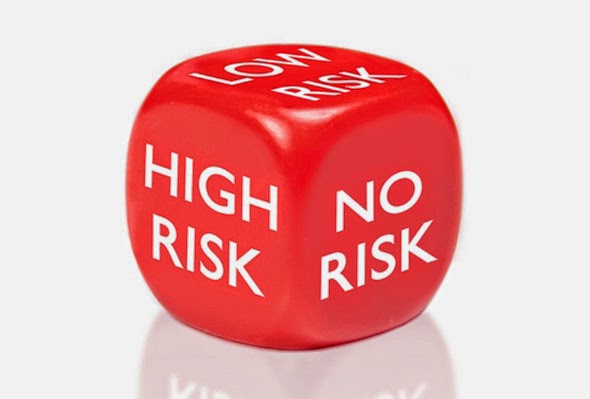 A survey shows that the Indian saver is focused on eliminating losses, thus ensuring that the chances of gains are limited too

A global survey of investors was conducted including India, recently  in 2014. The survey covered a broad range of attitudes, beliefs and facts about how people save and how they invest their savings.
Many of the conclusions of the survey were interesting and yet not unexpected. For example, Indians save a lot more than those in Europe and the US, and keep a large proportion of it in cash. Other than cash, the largest number of Indian investors' primary vehicle of investment is insurance policies (70 per cent) and bank fixed deposits (65 per cent). Do note that this was a survey so this is what people said about their investments, not what they actually did. In any case, these numbers are rather higher than one wishes they were.
However, what was quite disappointing was the answer to the question of what characteristics would an investment have to persuade people to invest in it. 52 per cent answered 'guaranteed return from the investment' and 35 per cent answered 'knowing that I wouldn't lose my initial investment'. What this means is that basically, we are very much a fixed income country. Savers want to make sure that they don't lose their initial investment, and only then try and think of any returns.
The implications are not encouraging. This means that people, by and large, do not understand the impact of inflation on their savings. A guarantee of not losing the initial investment is meaningless when it is being whittled down by inflation every year. If you want safety, then whether you define it as protection of capital or guaranteed returns, you are going to make one or two per cent above the rate of inflation. There's no way around it.
Posted by Right Investment Solutions at 1:29 AM No comments: 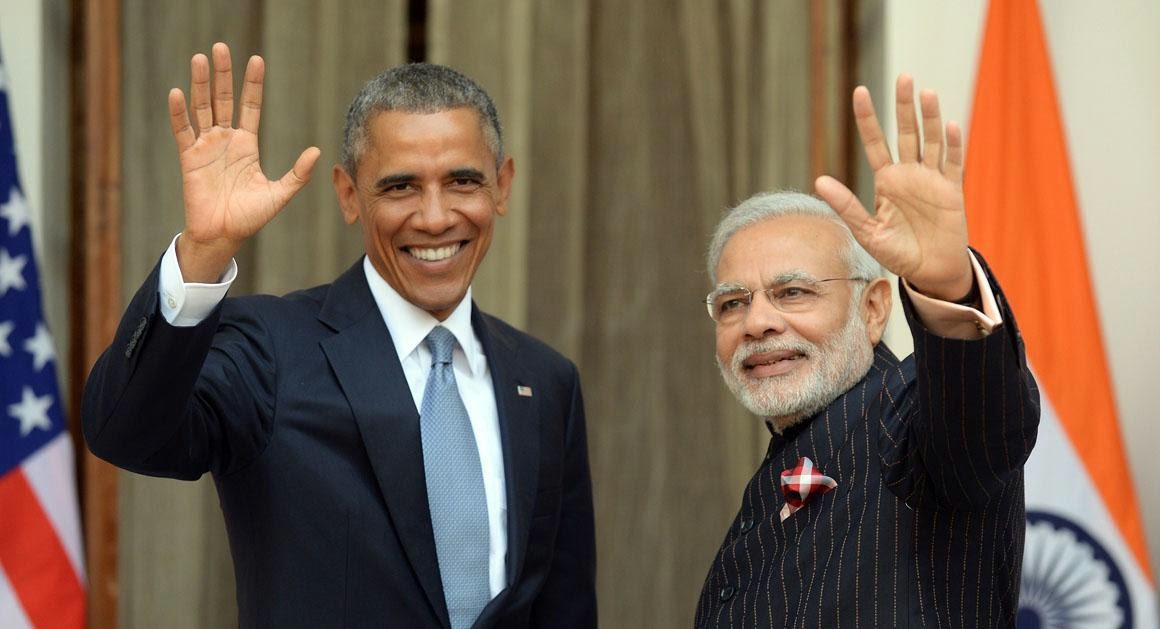 With India being projected as the fastest growing economy in the world in the near future even ahead of China, the US corporate is looking up to President Barack Obama's visit to India of strategic interest to them in terms of market access to be enabled by the Narendra Modi-Government, an ASSOCHAM CEOs' survey in India and the US highlighted.
The benefits of the Obama visit to India go far beyond the bilateral relations. It sends a broad message to the rest of the world as well, that is, India is the place to be in.
This visit will force several other big economies to look at India with renewed interest. The Obama visit, at this moment, is going to be the turning point. Even at the ongoing World Economic Forum annual meeting at Davos, the focus is going to be on the visit of the US President to India.
Almost 72 per cent of the 118 corporate leaders said that they expect President Obama to encourage Prime Minister, Mr Narendra Modi to give more market access and remove the road blocks for the American firms which are keen on participating in a big way in some of the flagship programmes of the Indian government, such as Make in India, Smart Cities, sanitation (Swachch Bharat) and the focus on renewable energy, especially the solar energy.
As many 81 per cent of those surveyed suggested that the moment the word outsourcing is uttered in the US, a wrong impression is sought to be created as if it is India which is taking away their jobs.
But the fact is that a large number of Indian IT companies are investing heavily in the US, creating job opportunities for the Americans. The back-end setups in India are nothing but parts of supply chains of the US companies. In any case, supply chain in a whole lot of sectors be it manufacturing or services are becoming global with the countries participating in one or the other layers depending on their comparative advantage, said the ASSOCHAM chief.
The related area for a large number of Indian professionals going on short-term visits to the US is the absence of totalisation agreement which results in billions of dollars of their hard earned wages being deducted in the US for the social security which they are not able to utilise.
However, an overwhelming majority on both sides agreed that the timing of the Obama visit was perfect since the Indian economy is looking for new major initiatives to boost investment in infrastructure projects while the American corporations have the band width to help and be partners in these projects. Besides, the thrust on Make in India and the manufacturing should interest the US.

Posted by Right Investment Solutions at 3:01 AM No comments: