Aiming to attract overseas funds, Indian government has decided that non-repatriable investments by NRIs, OCIs and PIOs will be treated as domestic investments and will not be subject to foreign direct investment caps. The Union Cabinet, chaired by Prime Minister Narendra Modi, had approved amendments, including changes in definition of NRIs, to be incorporated in the FDI policy.

Investments by NRIs under under Schedule 4 of FEMA regulations will be deemed to be domestic investment at par with the investment made by residents, an official statement said. The Cabinet’s decision is expected to result in increased investments across sectors and greater inflow of foreign exchange remittance leading to economic growth of the country, it added.
The government had earlier raised the FDI limit in sectors such as defence, insurance, real estate, railways and medical devices. During his foreign vists, Prime Minister Narendra Modi has been reaching out to NRIs to invest in India. Non-resident Indians too have been demanding that their investment be considered as domestic investment.
A committee, set up to look into the possibility of treating non-repatriable NRI funds as domestic investment, had earlier said that NRIs might prefer investing through corporate entities.
Facility of investment on non-repatriable basis was introduced primarily with the intention of providing NRIs an investment option for utilisation of their domestic resources, which were not freely repatriable. It was intended to provide NRIs an incentive to bring funds into India without repatriation rights, at a time when foreign exchange reserves were limited and capital inflows were modest, the statement said.
According to PTI, the provision should continue to incentivise investments by NRIs, including OCIs and PIOs, resulting in increased investments in the country. Since the investment made under Schedule 4 are on non-repatriable basis, it needs to be clearly provided that such investments, for the purposes of FDI policy, are domestic investments, it added.
“This will enable investments by NRIs, OCI cardholders and PIO cardholders under Schedule 4 on non-repatriation basis, across sectors without being subjected to any of the conditions associated to foreign investment,” it said.
During the April-February period of the previous fiscal, FDI rose by 39 per cent to USD 28.81 billion as against USD 20.76 billion in the same period last fiscal. 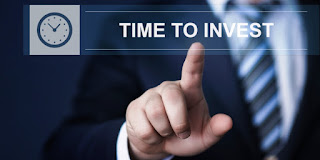 Posted by Right Investment Solutions at 2:56 AM