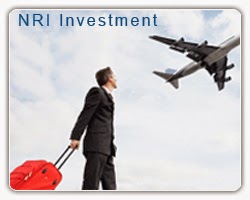 Resident Foreign Currency Account
● A person resident in India may open, hold and maintain with an authorised dealer in India a Resident Foreign Currency (RFC) Account.
● Proceeds of assets held outside India at the time of return can be credited to RFC account.
● The funds in RFC accounts are free from all restrictions regarding utilisation of foreign currency balances including any restriction on investment in any form outside India.
● RFC accounts can be maintained in the form of current or savings or term deposit accounts, where the account holder is an individual and in the form of current or term deposits in all other cases.RFC accounts are permitted to be held jointly with a resident close relative(s) as defined in the Companies Act, 1956 as joint holder (s) in their RFC bank account on ‘former or survivor basis’. However, such resident Indian close relative, now being made eligible to become joint account holder shall not be eligible to operate the account during the life time of the resident account holder.
Posted by Right Investment Solutions at 1:55 AM